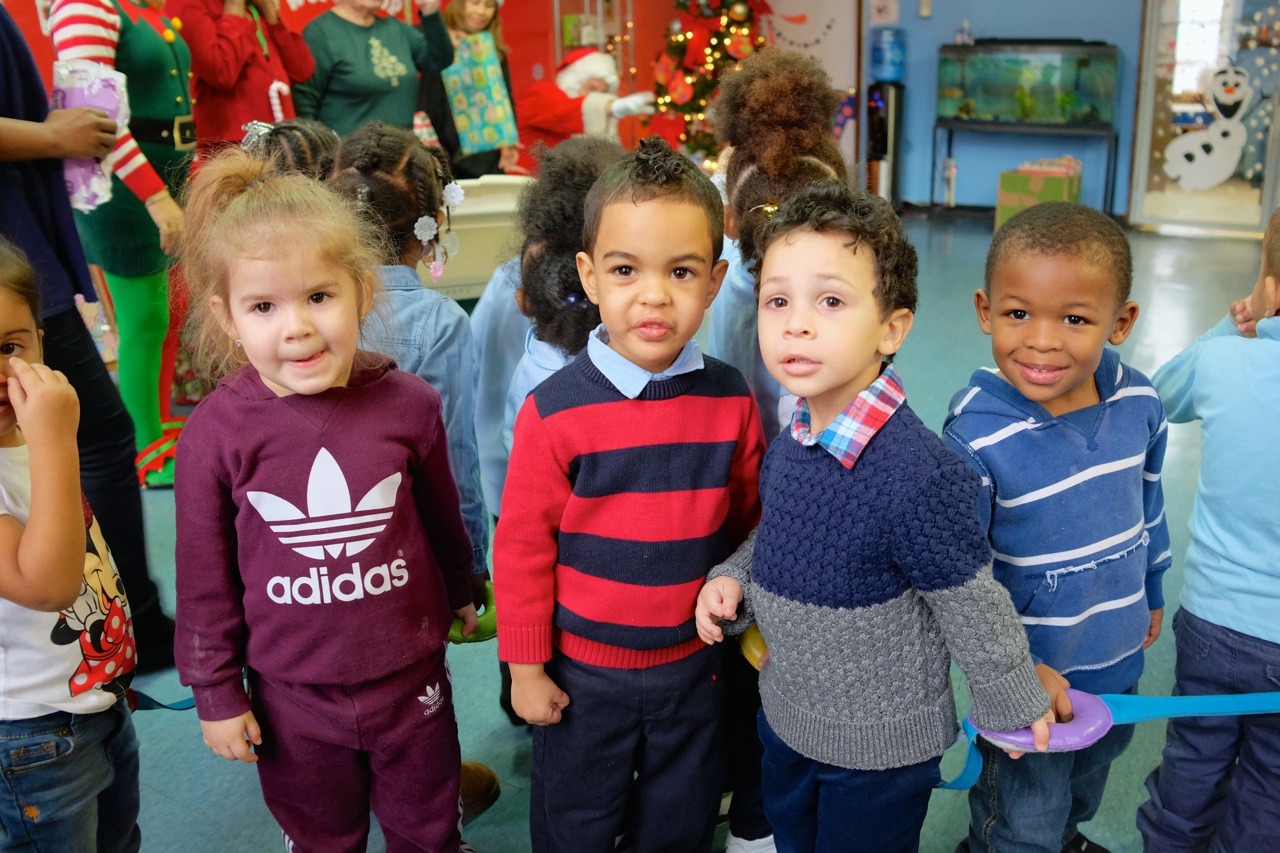 Join us for a Christmas Party with the Paterson Great Falls Rotary Club elves and friends at the Lewis Chatman Academy. It might make you wish that you were there. Many of our friends and supporters were there in spirit. 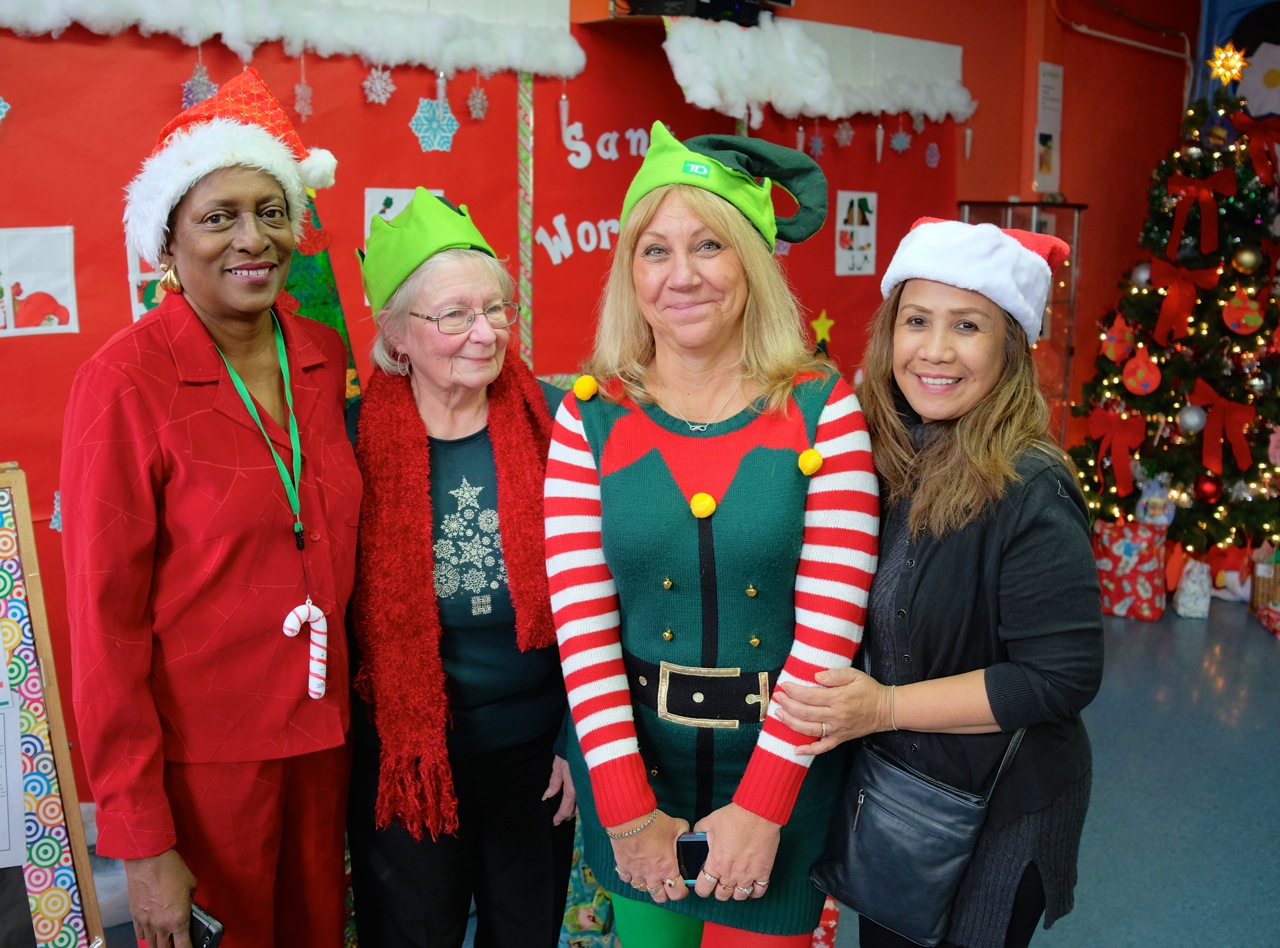 children attending Lewis Chatman Academy. The party was planned for December 21st, and we started collecting toys and gifts immediately after Thanksgiving. But, on December 16th we were 50 gifts short. Then the Christmas magic began, on the 18th we received another 20 gifts, the next day 20 more and then a last minute donation of yet another 20 gifts.

If you’re following our math, we now had 10 extra gifts. But it gets better! A phone call came in to our head Elf aka Debby Flower, asking if we could use more gifts. Within an hour we had a delivery of approximately 150 extra toys. It was down to the wire, but Paterson Great Falls Rotarians sprang into action. Gifts were sorted, wrapped and ready for the Christmas party with little time to spare.

The beautifully decorated room was filled with excitement and smiles as the children, 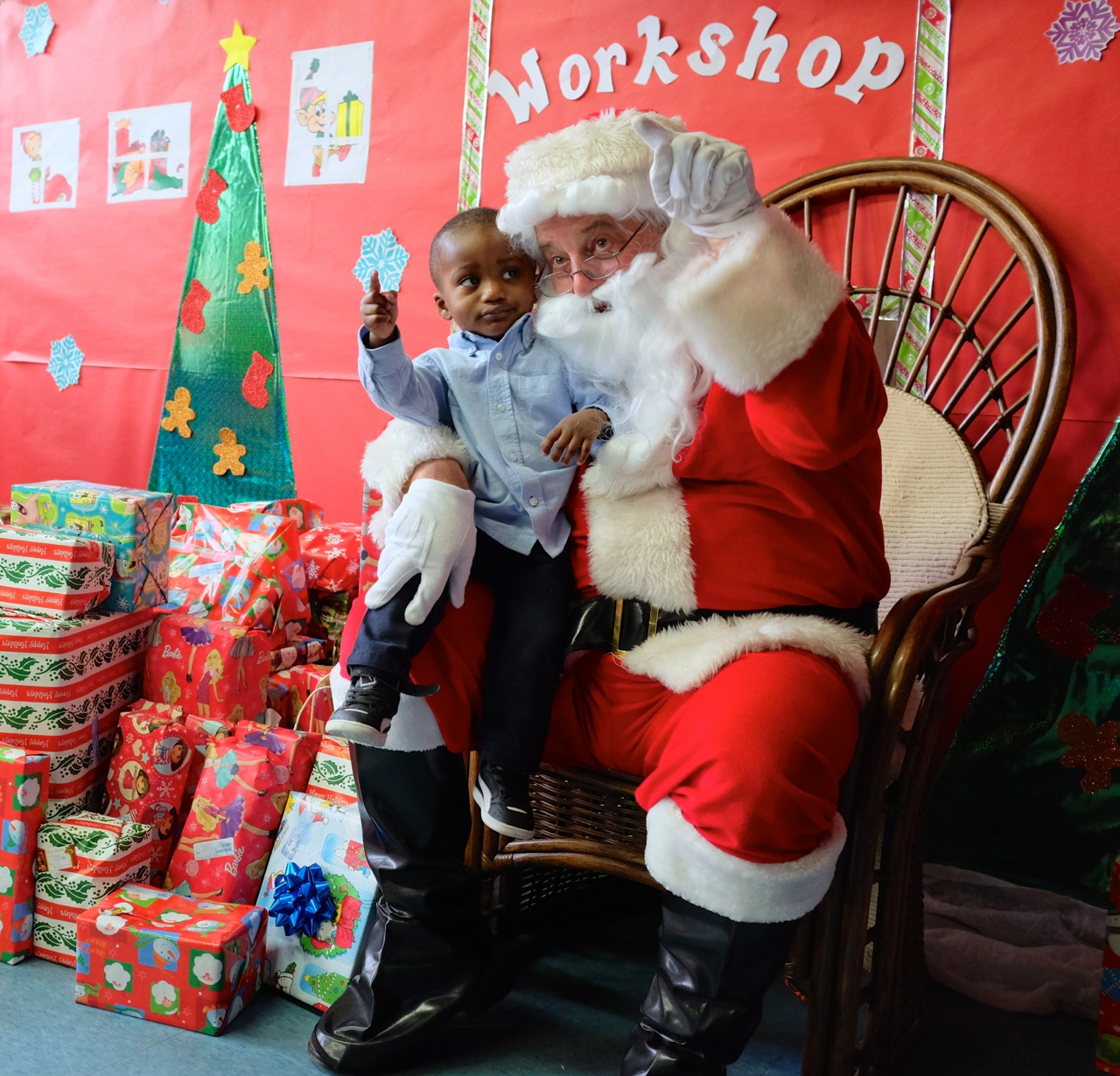 ranging from 3 months to 4 years old, met Santa . The remaining gifts were given to our Military families, St. Augustine’s after school program, Paterson Task Force, Victory Church, Faith in the Fourth Ward, Family Success Center, Lighthouse and Jumpstart (to be provided to School #12 and #30). In total 312 gifts were delivered to 10 organizations. 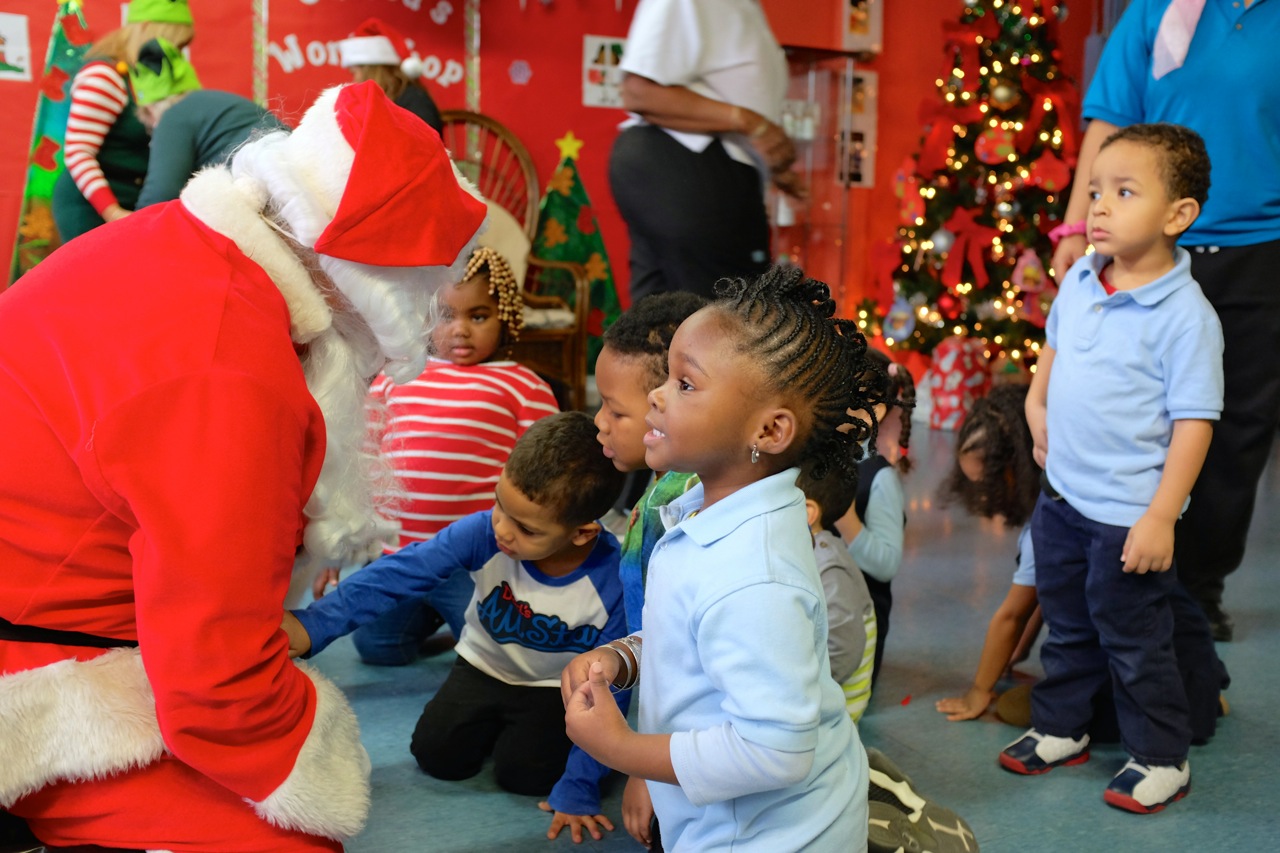 We hope that these pictures make you feel that you were right there with us.