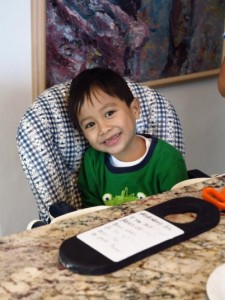 On December 1, 2012, our second Gift of Life child, Ferdinand “A.J.” Ramirez, arrived with his mother, Marylyn, from Victoria, Tarlac, in the Philippines. A.J. was born with a large hole in his heart a condition, known as, Ventricular Septal Defect (VSD). Diagnosed at five months old, he was now three years old. His physical development reflected the severity of the illness. His breathing and heartbeat were rapid. He was unable to keep down a full meal. For us, it was heartbreaking, for him, it was his life.

His first hurdle was getting to the United States. Then came the news that A.J. may be inoperable. A long week passed before he would undergo a heart catheterization to determine if he was a good candidate for surgery. That’s when he visited our Club for the first time and stole our hearts. The circle of people praying for him grew that day as we all adopted him into our family.  As he cleared his second hurdle, the catheterization, we all breathed a little easier. Of course, the big event was yet to come, the closing of the VSD hole by open-heart surgery. On December 17th, A.J. arrived early at St. Joseph’s Children’s Hospital for the life-saving procedure. In a couple of hours, the prayers of his family were answered. The operation was a success.

The medical team that worked on A.J. stated he was the perfect example of the GOL’s mission. Moreover, if he did not receive the surgery, then he would have been subjected to a short, miserable life. The greatest change that his mom noted was that he was speaking clearer and singing for the first time in his life.

We are eternally grateful to all involved in this amazing program. A special thanks for Barbara and Joe Kettell and their generous donation that helped us meet the financial obligations. To Yolanda and Jack DeStefano for opening their home to Marylyn and A.J. Finally, to the members of the Great Falls Rotary Club, who opened their hearts to a family and changed the life of one small boy. 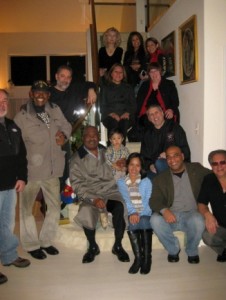 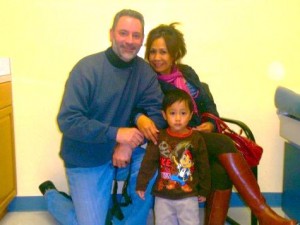